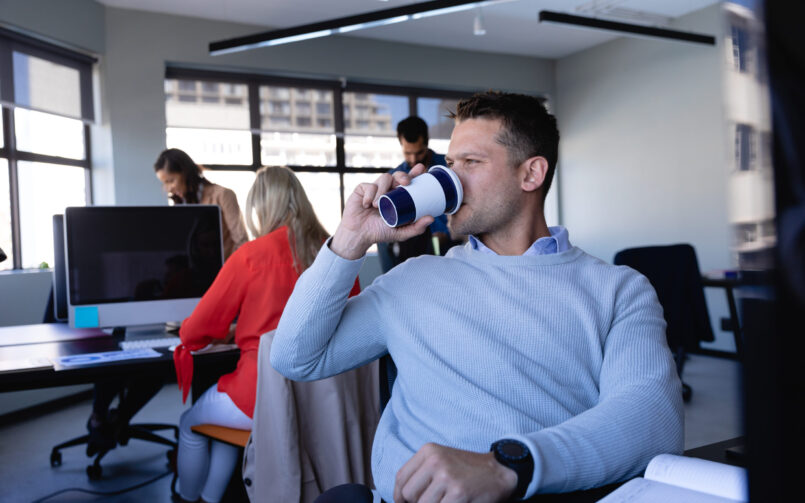 There is a 40 year old construction worker who has been working in the intense heat West Texas , Temp was 103. Mid day he was already hot and exhausted  he was very desperate for a cold drink , so on his way home he stopped at a  convenience Sonic store  to purchase a frozen Slushie .

He  was very grateful for the cool drink relief ,until the piercing headache struck . The Brain freeze  was painful  but soon resolved , after the resolution fo the brain freeze he developed some irregular hear beat with palpitations.  He attempted to remain calm  and practice deep  breathing , but the palpation persisted so he decided to got to the nearest  Emergency Department . At the ER he was placed on a monitor , and the monitor revealed that he was in paroxysmal atrial fibrillation . His heart was completely out of rhythm , patient was subsequently ,  cardioverted pharmacologically and then sent homme with strict warning to avoid caffein .

What is the effect of caffein?

Caffeinated coffee and tea are the most consumed, socially accepted stimulants in the world. Approximately 90 percent of all adults in the world consume caffeine daily. In their natural forms, coffee and tea contain several chemical components that may confer both beneficial and adverse health effects, including caffeine and antioxidants (eg, polyphenols, catechins, and flavonoids).

Most of the data on the health benefits and risks of caffeine are from observational studies in which self-reported consumption of beverages and foods is associated with health outcomes. Such studies make it difficult to identify caffeine itself as the causative agent and to exclude residual confounding. Based on available data, there is insufficient evidence for promoting or discouraging regular coffee and/or tea consumption. Caffeine has multiple systemic effects on the neuropsychiatric, cardiovascular, endocrine, and gastrointestinal systems. The impact on health may be modified by genetic factors, age, sex, medications, and other environmental exposures.

Other effect of caffein are :

Despite the theoretical relationship between caffeine and arrhythmogenesis, the available clinical evidence suggests that caffeine in doses typically consumed (ie, up to about 400 mg per day, which is roughly equivalent to up to five cups of coffee) does not provoke arrhythmias .

Nevertheless, there are patients who may be more sensitive to caffeine and note a relationship of palpitations to caffeine intake.

In addition, there are case reports of arrhythmia in patients with underlying cardiac disease who have ingested excessive amounts of caffeine. Thus, patients susceptible to cardiac arrhythmias should avoid consuming large quantities of caffeine, although modest amounts appear to be safe.

Caffeine can acutely raise the blood pressure (BP) by as much as 10 mmHg in individuals who are infrequently exposed , but there is little or no acute effect on BP in habitual coffee drinkers.

With regard to its impact in non-habitual coffee drinkers, caffeine can potentiate (by about 5 to 10 mmHg) a rise in BP induced by stress, such as that occurring in the workplace. The acute elevation BP caused by caffeine is more pronounced in hypertensive patients; compared with subjects with optimal blood pressure, those with hypertension had a >1.5-fold greater increase in blood pressure . The hypertensive effect may be more prominent in older adult patients with hypertension

Caffeine and related methylxanthine compounds in higher doses may have a diuretic action. One literature review suggested that acute ingestion of caffeine in doses of at least 250 to 300 mg, equivalent to amounts found in two to three cups of coffee or five to eight cups of tea, results in short-term stimulation of urine output in individuals deprived of caffeine for a period of days or weeks . A tolerance to the diuretic effect develops and diureses is diminished in those who regularly consume tea or coffee. Doses of caffeine equivalent to amounts found in standard servings of tea, coffee, and carbonated soft drinks appear to have little diuretic action.

Aortic stiffness is an important determinant of the performance of the cardiovascular system and prognosis of cardiovascular risk. Caffeine acutely increases arterial stiffness, and the effect is synergistic with smoking. The ingestion of 200 mg of caffeine (equivalent to two cups of coffee) increased pulse-wave velocity and augmentation index by 0.33 m/s and 4 percent, respectively, an effect that was augmented when combined with smoking (increased by 0.85 m/s and 17.4 percent, respectively)

The patent was given instruction to avoid caffein, he found  the advice strange because his two cups of coffee morning routine was unchanged and  seemed unrelated . He knew the slushie had provoked the brain freeze ;why not also the concurrent Atrial Fibrillation ? The doctor was steadfast , however he had been taught of jittering caffeine heart, but had never heard of cold drink heart .

The Patient disregards the physician advice  and continued his morning  coffee but steered  clear of any cold drinks triggers .{ Non compliance is not always foolish}

Patient went three years without any  symptomatic  AF until he returned to that same store for a Groundhog Day experience ,which landed him back in the same Emergency department

For this patient he later realized that the ingestion of cold drinks and food is a trigger  for their paroxysmal AF . When  we say cold drink we mean non alcoholic drink .

As well as alcohol binging can cause arrythmia , also cold drink sludge.

If the cause of the palpitation is as a result of cold drink ,smoothie or frozen yogurt, the diagnosis is  Cold Drink Heart . The treatment is to avoid cold drink slush or cold drink smoothie

HOW WE KEEP YOU SAFE!

When you visit 1st Class urgent care , your safety is our number one priority .
All our staff wear full PPE (protective personal equipment) masks, gloves and we have routine cleaning according to CDC guidelines
We have also made changes to our waiting room to accommodate more spaces for social distancing to minimize contacts.
Also while you are in the exam room being tested or examined, our providers wear protective clothes mask and face shield when they collect the samples.

I feel dizzy and my head hurt, should I see doctor or a nurse? 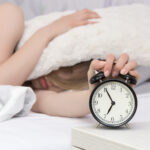 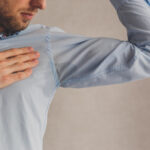 If you think you have been exposed to COVID‑19 and you are asymptomatic and you want to know your status or you need negative report to go back to work, Please schedule Antibody Testing Appointment Now. Visit our page for more information on Coronavirus